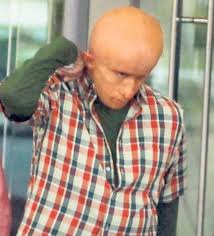 For those of you who read this blog this piece will come as a surprise as I do not write film reviews here. But I am compelled to write this after seeing the movie this morning as I would like to urge you to watch this movie, in a theatre of course.

“Paa” is about a young kid, thirteen years old, who is suffering from a rare genetic disorder, progeria. This disease which is extremely rare ages its victim six to seven times faster than the physical age. Like, if one is ten years old, one has the looks of someone who is sixty five years old and would have ailments like cardiac and respiratory problems, quite common to those of that age.

Add to that the complication of this kid being born out of wedlock. No father to oversee his growing-up phase. Luckily for the kid, he has his mother and grandmother to nurture him though they both know that the kid will die really premature; not surviving beyond fifteen years. That is what progeria does to its victim. This kid dies in his fourteenth year.

The mother is Vidya Balan, a gynaecologist with a mind of her own. The grandmother is Arundhati Nag who supports her daughter (Vidya Balan) in her decision to have her baby unquestioningly. And the father of the kid is Abhishek Bachchan, a young upcoming politician out to prove to the world that there is something called a “good” politician.

And the kid is the 68 year old, ex angry-young-man, Amitabh Bachchan.

Watch the movie for those great acting performances. Vidya Balan nurturing a kid who she knows would die. With dignity and composure. Her mother, Arundhati Nag, the bulwark for her daughter to take on life at her own terms. And Abhishek Bachchan, the politician who wants to carve a niche for himself by proving to the world that politicians can be upright and honest too.

And the Big B, for acting as a kid as old as his grandson. Auro. This man keeps reinventing himself, with every passing year.  I have been a fan of Big B. Ever since his Reshma aur Shera days. Ek Nazar, Deewar, Sholay, Amar Akbar Anthony, Muqaddar Ka Sikandar right till Black. With this movie, he surpasses himself. Imagine a 68 year old man passing off as a 13 year old kid. Admirably. Complete with his scatological references (“bum”, “potty” etc.). His love for King Kong. Who he claims in a poignant sequence, King Long does not understand English, only Chinese. The graffiti on his bedroom door (“Knock, or I will knock your head off.”). The aversion to girls. Normal for his age. For a girl who he discovers in the end wants to say sorry to him for expressing her shock at seeing an “old man” at school.

Big B is BIG, even in this role as a pre-teen.

If I have a crib about the movie, it is about the role of the small B, Abhishek Bachchan. He has done a great job but I wish those live TV sequences had more meaning- and meat- to them.

For me, the hero of the movie is Vidya B. I have not seen her in too many movies but she straddles it like the proverbial Colossus. And that is some act given the presence of Amitabh B. The immense dignity she gives her role, from right when she discovers she is pregnant to when her lover refuses to marry her till her discovery that her son has an incurable disease is breath-taking.

OK, now for the other reason why I write this post. This movie reminds me of my close friends, a couple battling with a similar life-threatening disease of their young child, now barely 9 years old. This disease is called Niemann-Pick disease which has so far been known to afflict only 500 kids worldwide. And as of information available now, the kid would die before he turns 17. The couple is grappling with this whole issue in such a dignified manner- and so valiantly.

May God give them courage to bear this utterly terrible thing with strength.

Go, watch the movie “Paa” with all you loved ones and celebrate life… and all its ironies.

This entry was posted on Sunday, December 13th, 2009 at 6:25 pm and is filed under Uncategorized. You can follow any responses to this entry through the RSS 2.0 feed. You can leave a response, or trackback from your own site.

5 Responses to “Paa”- A Review