A Bird’s-Eye View of Hindi Cinema 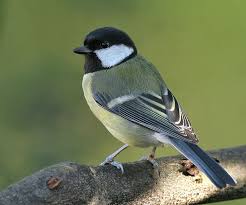 Hindi film songs are an ornithologist’s delight. Or shall we say a Hindi film is heavily dependant on birds.  Whatever it is, we can rest assured that no Hindi film is complete without the mandatory bird song. The song could range from joyous to melancholic, from love/reunion to separation, from the profound to the bizarre. The bird-songs span a spectrum of emotions, a range of situations in life.

Like, for example, the must-have situations of joy and sorrow between lovers in a movie. The ecstasy of togetherness and the woe of separation.  The birds tell it all.

But before that, we shall explore the aviation fixation in childhood. From the joyous “Chun, chun, chun-kar aayi chidiya” from Md Rafi in Jab Dilli Door Nahin to the melancholic “Naani teri teri morni ko mor le gaye” a song from the old film Masoom sung by Ranu Mukherjee, the daughter of Hemant Mukherjee.  That cute little kid prancing around in her frock hoping that the “choron wala dibba” of the train shows up in the jail. And that the corpulent thanedaar punishes the thieves appropriately.

The bird songs really take flight when romance blooms. Like in the teenagers’ crush: “Kabootar, jaa, jaa, jaa” from the Salman/Bhagyashree starrer super-super hit, Maine Pyaar Kiya. The kabootar (pigeon) being the purveyor of messages between the besotted lovers. Or when the lovers meet and sing together: “Koel boli, duniya doli” in Sargam. Never mind if only Rishi Kapoor is able to sing, Jaya Prada can too, on celluloid. So what if she is physiologically unable to considering she is mute and deaf and able only to respond to her lover’s dafli in real life. While this song exhults in the koel boli, this one likens the lover’s voice to a koel’s, “Koel si teri boli” from the Anil Kapoor, Madhuri Dikshit starrer, Beta. The lovers here are slightly more grown up. Madhuri D. in a pink lehenga and Anil K. in his white dhoti. Rural ornithology, what say?

It is not that only koels and kabootars symbolize love, other species too contribute their humble mites.

A key specimen participating in the romancing process is the sparrow, aka Maina, aka muniya. Sapney’s “Ik bagiya mein rahti hai ek maina”. Ooh, la, la, laa! Which brings us to more of the sparrows. Some with the tota (parrot) as well. Like “Tota-maina ki kahani toh purani, purani ho gayi” from Shashi Kapoor and Shabana starrer, Fakeera. (Yes, Shabana sang bird songs as well!) The maina is also called muniya in common-speak. Says Raj Kapoor’s Hiraman to Waheeda Rehman’s Hirabai, “Mahua key sab ras moh liya liya rey, pinjarey waali muniya.” in Teesri Kasam. How entrancing! The sparrow spiriting away all the juices from the flowers of the mahua tree.

By the way, the mor is not too far behind in these joyous moments. “Morni baga mein bole adhi raat ko” from Lamhe. The rather macho “Tu jungle ki morni main baagan da mor” (Raja Saab). Or Dharmendra’s and Hema’s duet in Pratigya: “ Morni re morni”. 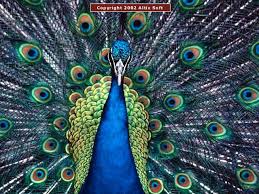 (Talking about mor’s, here is one more, in a different vein though. I am reminded of an Ajit joke. Warning: This is an old joke so all those who have heard it earlier, excuse me, please. Ok? Here goes:

Ajit, goes on a hunting trip with his henchman Raabert (Robert) when he hears a rustle behind a thick bush. Ajit pulls the trigger and silences whatever rustling behind. He then goes behind the bush to check the rustler he has silenced and emerges from the bushes triumphantly. A smile on his face. Robert enquires anxiously, “Kya tha boss?”. Ajit replies, “Mor tha, ab woh “no-more” hai! Khatam ho gaya!”) 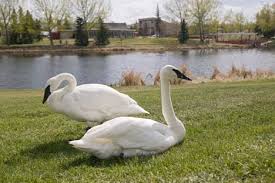 After longing, can sadness be far behind? Like the Ganga Jamuna’s classic separation song “Do hanson ka joda, bichhad gayo rey”. (It so happened that a few years after this movie was released the Congress party underwent its first split and each of the new entities had to take on a new symbol, very distinct from the original “pair of oxen” symbol (bailon ka joda). The opposition parties had a field day taking a dig at this by creatiing the ditty “Do bailon ka joda bichhad gayo rey”.)

Lest you assume that the birds are employed only for the romantic stuff, let me hasten to add that they serve other diverse aspects as well. Like sheer naughtiness.  Ab Dilli Doo Nahin’s “ Chun Chun Karti Aayi Chidiya”. “Cheel cheel chillakar,seeti bajaye” from the Kishore classic Half Ticket and the utterly raunchy “Rakhna apni murgi sambhal, yeh murga hai deewana”. Sung by, of all the people, Amitabh Bachchan, in Jadugar. Don’t you dare translate this song into English! 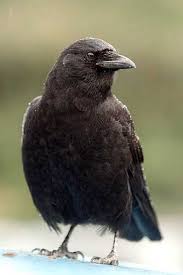 You must be wondering how the Hindi film industry missed the ubiquitous crow, seen in every village and town. Not that the crows are considered auspicious or romantic. And that is precisely how the Hindi films have treated them. Sample these. “Jhooth boley, kauva katey” from Bobby and “Kauwa chaley hans ki chaal” from Around the World.

Kauas have nothing to crow about as far as Hindi films are concerned!

Acknowledgement: A big thank you to the following gentlemen for suggesting songs for this piece, Ashutosh Ojha (Chennai), Piyush Desai (California, USA), Sanjeev Kumar Roy (somewhere else in California, USA) and Anshu Tandon (Lucknow). Birds of the same feather flock together, you know!

This entry was posted on Saturday, December 5th, 2009 at 10:42 am and is filed under Uncategorized. You can follow any responses to this entry through the RSS 2.0 feed. You can leave a response, or trackback from your own site.

12 Responses to A Bird’s-Eye View of Hindi Cinema